War of the Wakening Phantoms 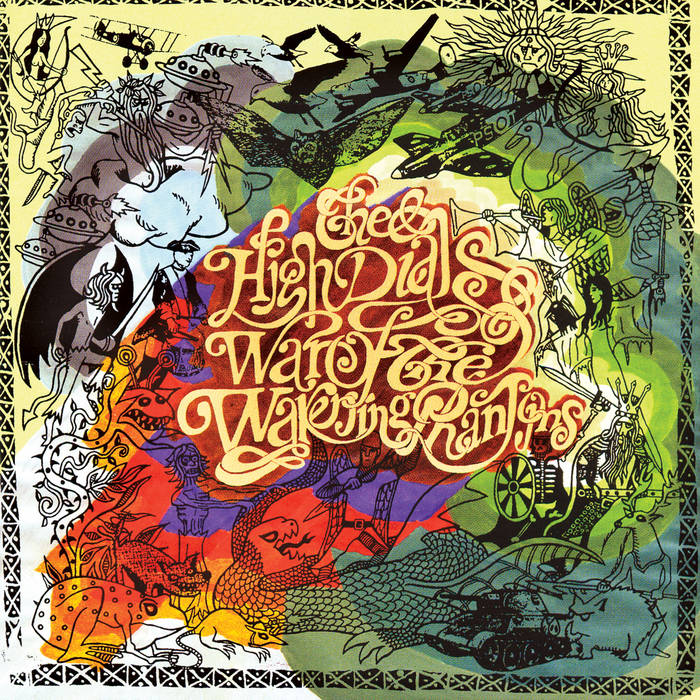 Sean This album blends my two favorite genres better than any other album I know; psychedelia and power pop. Buy it, listen to it, and play it for your friends. Favorite track: Soul In Lust.

The High Dials' second album is considered a critical and stylistic breakthrough for the group. Described by All Music Guide as "the sound of a band discovering its soul and creating something beautiful and big", it would go on to win glowing reviews from tastemakers like Spin and NME. Produced by Joseph Donovan (Sam Roberts, The Dears) and mixed by Dave Bianco (Teenage Fanclub, Tom Petty) the album mostly discarded the overt nods to the 60s that characterised its predecessor, in favor of a far more varied and lush sound. Supernatural lyrics evoke the soaring highs of love and crushing lows of heartbreak. Featuring acoustic ballads, electronic campfire folk, and pounding power pop anthems propelled into outer space by reverbed guitar licks, the album coincided with a period of heavy touring by the band.

“Psych-pop perfection. With this second album, (The High Dials) have made a latter-day psychedelic classic, which sounds like “Going Blank Again”-era Ride jamming with the Zombies." 8/10 NME (UK)